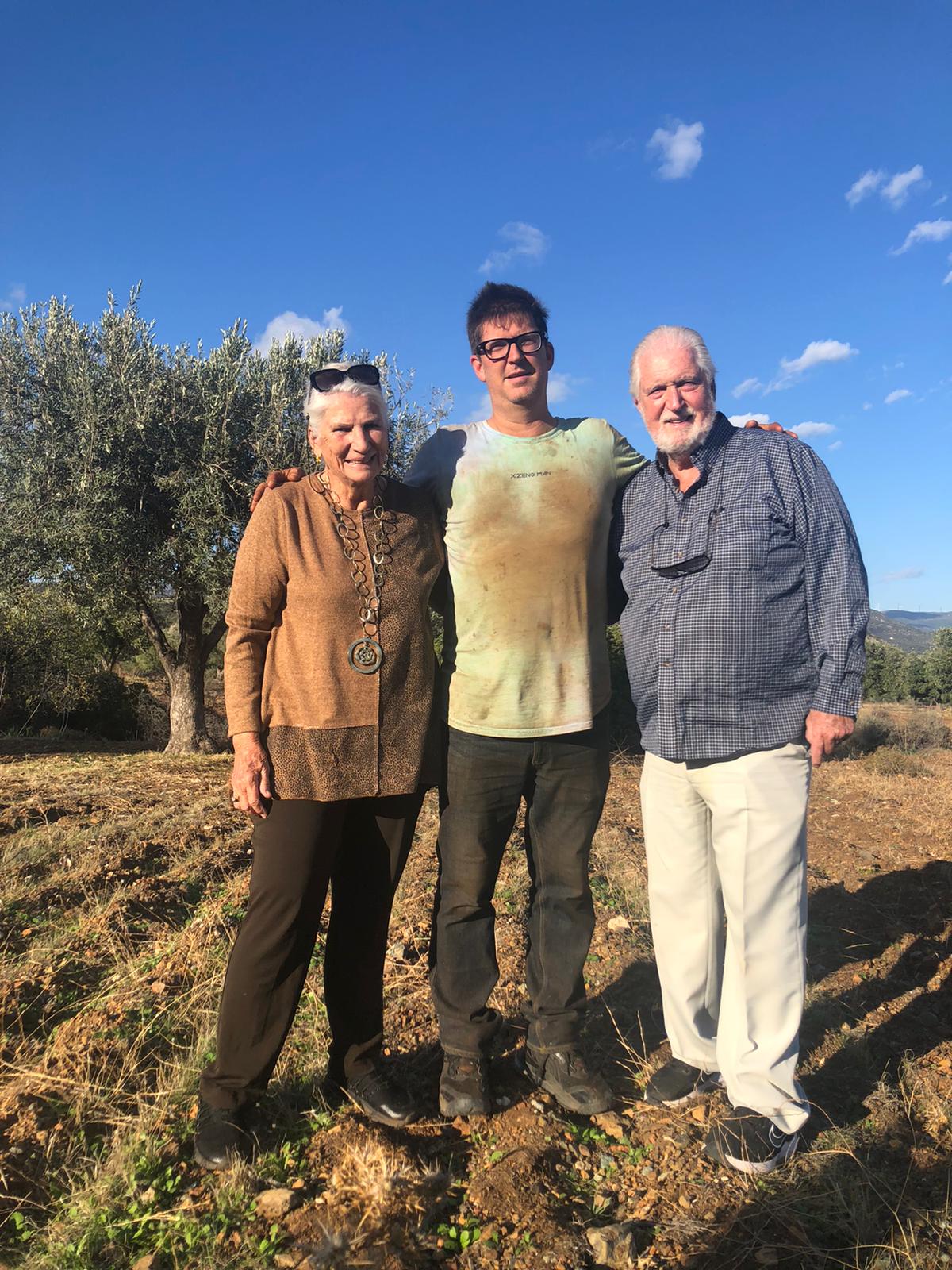 This week, my Still Small Voice touches upon Thanksgiving, the olive harvest and prayer. Let’s begin with the Pilgrims and early pioneers of North America. Like all of us, they still had a choice in tough times. These hearty souls decided in the midst of extreme hardship, famine and loss of life to pause and to give thanks to the Almighty. Yes, still many perished. No, it wasn’t easy but it was the Godly response that moved the Hand of God to provide the miracles that they needed to sustain them in the days, weeks, months and years ahead. Today the doomsday thinkers and naysayers are calling for a worldwide depression and financial collapse. Jerusalem, on the other hand, is suffering increased deadly attacks yet faithful ones in the midst of her give praise and worship to the Almighty continually. That is inspiring and in line with the Word of God … Give thanks always!

Most of you will be aware of the two deadly bombing attacks yesterday at two of Jerusalem’s entrances, the main bus station and a bus stop. The opponent of all that is LIFE is hard at work. Darkness and ignorance want everyone to be afraid to enter Jerusalem. What a travesty! This hearkens back to the dark years of the early 1990s when buses went up in flames and babes were shot out of their mother’s arms in playgrounds. We were afraid in those days. Our youngest son Daniel was riding 6 buses a day to get to school. Once inside of Jerusalem he decided to ride his skateboard; it was safer than public transport. Please pray for those injured and for those who lost loved ones. Thank you from the bottom of our hearts.

For it is good to sing praises to our God, for He is gracious and lovely; praise is becoming and appropriate. The Lord is building up Jerusalem; He is gathering together the exiles of Israel. He heals the brokenhearted and binds up their wounds [curing their pains and their sorrows].

Local scenes of harvesters in the fields remind us of Biblical narratives. The olive tree has been held in very high esteem for millennia. We have Greek friends whose families have lived on the same lands for a thousand years. They watch over a 3,000-year-old olive tree which continues to thrive.  What an inspirational sight. This tree is held in high esteem and is so special that it has entered the tree registry of the Greek government.  We live surrounded by olive groves with many ancient giant trees among them, dating back perhaps a thousand and many hundreds of years. The personal attention and knowledgeable care given to olive orchards here are the most attentive we have seen anywhere in Europe. Producing golden oil is not only an inherited way of life in Mediterranean nations, but it is also central in their diet. Olive oil is used for cooking, medicines, cosmetics and holy anointing oil.

“He stepped down into the vaulted treasure-chamber of his father, a spacious room, where gold and bronze lay piled, and raiment in coffers, and fragrant olive oil in plenty”

Stone oil jars dating back to 6,000 BC were discovered in Jericho. Bas-reliefs on Egyptian tombs of the pharaohs attest to the wide use of olive oil in cosmetics, medicinal ointments, fuel for lighting and religious rituals. Ancient Crete was a paradise of olive trees. Amphorae (stone jars) almost six feet tall were used for storing oil. The Knossos palace stored as many as 250,000 gallons. They were exported to the Middle and Late Egyptian Empires. Severe earthquakes in 1450 BC ended it.

The Greeks used olive oil in religion, sports and health. Today modern Greeks consume almost the same amount of oil per capita as in ancient times – five gallons per person per year. This makes Greece the leading consumer of olive oil in the world.

Olive oil is considered a gift of God in the many regions where it is used for religious sacraments. Consecrated oil is in fact olive oil.

“The LORD spoke to Moses saying, ‘Take principal spices of pure myrrh, sweet cinnamon, sweet cassia … and olive oil: … it shall be an holy anointing oil. And you will anoint the tabernacle … and  Aaron and his sons. Speak to the children of Israel saying, This shall be a holy anointing oil unto me throughout your generations. [forever]’”

All of the kings of Israel were called Messiah, because they were anointed with holy oil. We read over and over in scripture how the Spirit of God moved and anointed in miraculous ways in the lives of believers from ancient times. Yeshua-Jesus lived his life led by the Holy Spirit. His last words were that we be endured with power from on high. We all need to be filled daily with the Holy Spirit, speaking, praying and worshipping in other tongues. We cannot meet the needs presented to us without His power and gifts. He is our comforter, teacher and healer. Of course, He never speaks of Himself, but of the ONE who sent Him. You and I need His anointing today more than ever. We are facing formidable forces. We are not to be overwhelmed, but to overcome evil with good.

I hope you enjoy the photos of our peek into the Greek olive harvest. In many cases, Harvest time here is a family affair. Every available person ceases their daily activity to gather in the fields. We saw everyone from Grandmothers to teens all working together to bring in the abundance of fruit before the winter rains, which have just begun. Nothing is wasted in this harvest. The fruit is picked and taken to the local grist mills. The many leaves that fall in the process are gathered into sacks for fodder fed to the large flocks of sheep and goats in the area.

The Art of Prayer:

Many requests are pouring in for deliverance prayer.

‘“The Holy Spirit showed me years ago that the WHOLE of the former Soviet countries would experience a massive revival, this has been and still is being fulfilled in an even greater way than even I foresaw in my vision decades ago.

But God’s promise to me is clear, God has set before me an open door for Central Asia and no man can shut it! Preparing to begin, I have had this same problem before, unbelief, criticism, and people who even question what and why.”

What open door has the Father set before you? I pray we will all be found faithful.

We Rawlings as a family are grateful for His mercies are new every morning.

Donate to us directly: