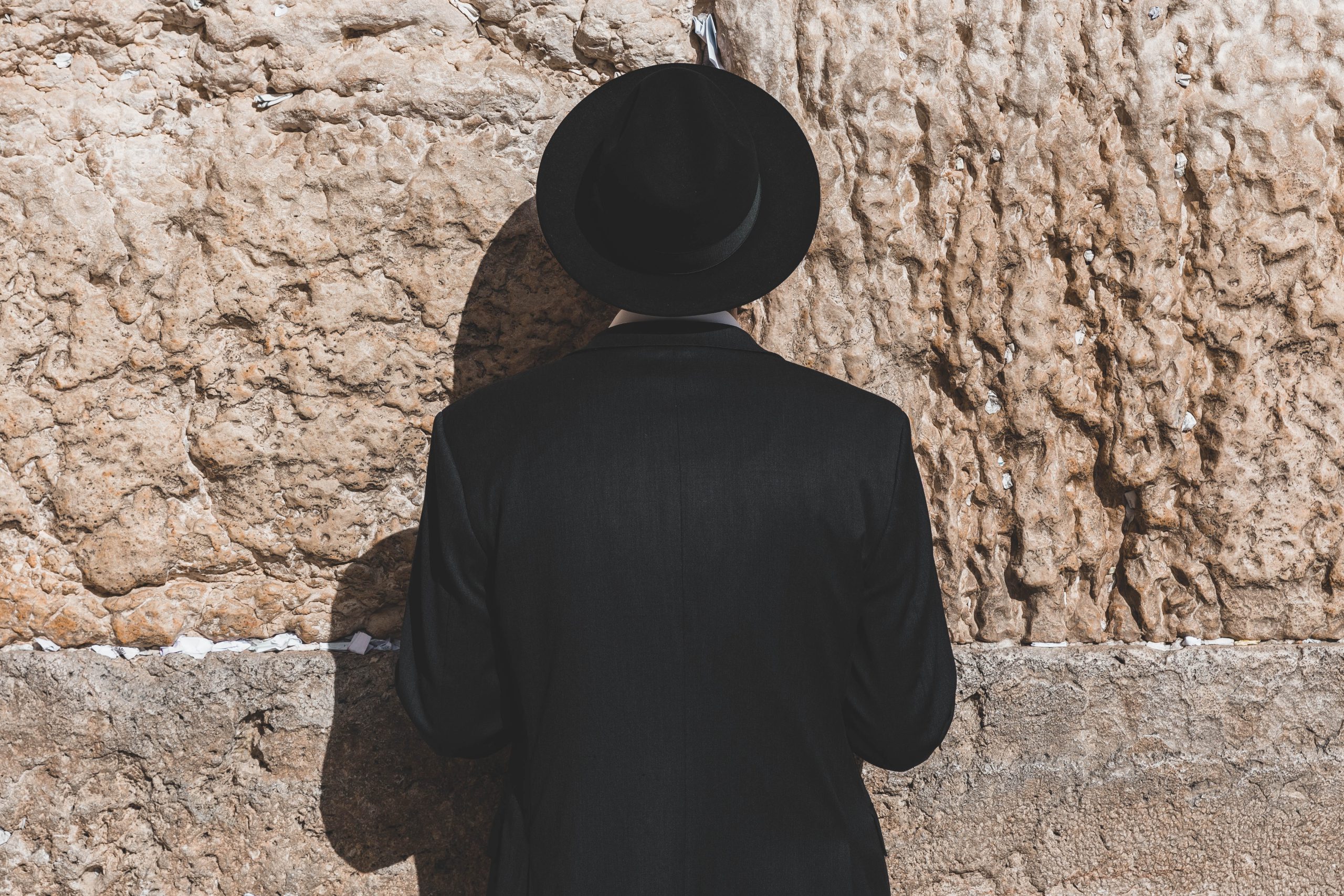 Let’s begin with something from ISRAEL:

Recently, before Prime Minister Yair Lapid addressed the General Assembly of the United Nations at the annual opening, we, Israelis were in a state of nervous expectation.  The order of speakers in that august, if impotent, an organisation is – First Presidents, then Prime Ministers and when his turn came the PM walked confidently to the podium and began the speech of his life. He was brilliant, quiet, understated but firm and his introduction opened by telling of his love of country and his family’s Holocaust history. Quietly he brought his discourse to the crux of the Middle East problem and the possible solution. He promoted the idea of a two-state solution but with one essential caveat.  First and foremost a peace agreement is signed and honoured between the Israelis and the Palestinians. Here is his speech.

The religious opposition uses hate speech and fear of the Palestinians to move their agendas forward. Amazingly P.M.Lapid actually called the Palestinian Leadership’s bluff. THEY DO NOT WANT A PEACEFUL SOLUTION WITH ISRAEL AND HAVE REJECTED ALL THOUGHTS OF THIS OFFER.  I believe the gift of “seeing” what is really “going on there” comes from above. I believe Mr Lapid has it. Do pray for our election coming up in November. It is our 5th in 4 years I believe.

O Canada we stand on guard for thee…

We have travelled N, S, E, and W by road in the specular province of Alberta thanks to Audrey Martin who loaned us her brand new Ford Edge! Alberta is a great big wide land bordered on the west by glorious mountains. Then going east it is filled with golden wheat fields as far as the eye can see, wide fast flowing rivers, oil rigs, fat cattle in the fields and immense cities sprawling over the coolies AND very friendly people!

No Child in Unimportant:

Canada has just celebrated a day of Truth and Reconciliation nationwide for the second year. It is a tribute to the First Nations who suffered 150 years of horrendous injury and the loss of many children who were forced into religious schools to reform them. It was ‘ethnic cleansing’ methodically pushed forward by Catholicism and Anglicanism and our government.  Their hair was cut off, their clothes taken away in place of uniforms, their names replaced by a number and their languages by English. Family members were not permitted to speak with each other. 3,000 graves have been uncovered some of them large common graves. It is feared there is a further 3,000 missing bodies. This terrible documented history has left a wicked and ugly scar on the lives of living Canadians. These children were brutalized by starvation, beatings and sexual abuse. Their name was replaced by a number; their language was forbidden, and replaced with English.

I am definitely on the outside looking in. Growing up my mother as a girl helped her mother befriend many Indigenous peoples on their reservations during the summer holidays teaching them to read and write, play new games and learn Bible stories. Perhaps this is the genesis of my fascination and works with tribal peoples in India and Nepal.  Interesting is the fact that today “Lost Jews” are returning to Israel from many tribal groups around the world who have kept the customs of the Biblical Torah all of these generations.

Pledge to the Peaks

I found this in Banff. I acknowledge that I greatly enjoyed travelling, exploring and playing in the Treaty 7 Territory of Southern Alberta. Treaty 7 encompasses the traditional tribal lands of the Iyarhe, Nakoda Nations of Chiniki, Wesley, Bearspaw, Tsuut’ina First Nation, the Kana, Silica and Piikani Nations of the Niitsitapi (Blackfoot) Confederacy and Metis Nation – Alberta Region.

“I promise to honour and celebrate the land, history, and habitants of this sacred space, for I am a guest in their home. I will do this by:

Respecting the local culture, exploring with an open mind and gentle heart.

Sharing the space, showing care and consideration for others.

Treading lightly, leaving no trace behind.

Gathering memories rather than monuments, leaving rocks, plants and artefacts.

Watching wildlife from a distance, keeping myself and the animals safe.

Preparing for adventure,  respecting the mountains and my abilities.

Travelling mindfully, being kind to all people, wildlife and plants.”

In a word, “Let us all learn to walk softly! Listening to the Still Small Voice.”

Alberta was definitely the ‘wild west’. We enjoyed our evening in Bellevue, just next to the famous Frank Slide. In 1916 the mountain slid down into the valley burying coal mines, and the town of Frank. This was the ‘wild west’ back then and ‘boot-legging’ was rife less than 100 years ago. Invited by Bill White, leader of Prayer Canada in Alberta was 94 years young. Our dear pioneer friend of decades was known for his ‘God-mobile’ and ‘Museum of Israel’. He was one of our greatest supporters. We looked forward to our reunion, but he slipped on home to be with the LORD just two days before we arrived. We spent a wonderful evening, teaching and fellowshipping with his family and locals. They are ‘down-home folks’. Bill’s widow Eileen, granddaughter Vicki, and family rallied to greet Bill’s friends and neighbours. We heard up-to-date stories of the bears visiting family homes in search of grub. Bill’s legacy in this ‘cowboy country’ will remain evergreen as his family carry on his prayer vigil for Canada today. The Rawlings Family are part of the museum.

We were guests in Messianic Synagogues. What a joy it was to feel a touch of Israel in worship, and see how the nations are joining in the joy. We heard the shofar blown on New Year’s Day, and remind you to pray for Israel and all Jews on October 4th Yom Kippur, The Day of Atonement. It is the most important day in the Hebrew calendar. Psalm 130 is the recommended reading.  I have put the Kol Nidre at the end of this letter for your contemplation.  “Our Father our King …”

Here we enjoyed four full days with family and friends, reconnecting with sisters, nieces and cousins. We are all whiter and wider, but the love for one another only grows with the years. My sister Nancy and Keevin took us on a picnic down by the Red Deer River. We celebrated the New Year with family. Janelle, my niece brought her delicious homemade hallot and apples to dip in honey so we could wish each other a “Happy New Year.” Patricia and Paul hosted us royally. Sweet!

The Canadian geese are gathering together and flying South. We were blessed with long, golden sunny days. The birch and popular trees have turned bright yellow and created a stark contrast with the tall dark green and blue spruce. The wheat fields lie empty now as the harvest is in. I enjoy reading the local papers and found an advertisement for “Summer and Fall Seed Varieties: Hybrid Fall Rye, Triticale, Winter Wheat and Oats.” (Claresholm Local Press) Alberta is called ‘big sky country’ because the sky takes up 3/4ers of the view. Seeing is believing.  One of my cousins has his ‘permissions’ to hunt for an antelope, a white-tailed deer, a doe, and a moose. He assured me that he will have his freezers chock full of wild game for the long and severe winter months. This is just a tiny example of what a different world this is.  It is the land of plenty. Everything is BIG… very big! From the oversized coffee cups to the cars, trucks and homes. This is the good life. Very few know anything of the world of Israel. They have been gracious to listen. It is also the buckle of the Bible-belt! Huge churches everywhere and no openings for the Rawlings. Didn’t Jesus say something about that? Keevin, one of my brothers is a prayer warrior and well aware of what Israel is facing. How comforting is that! He brought my sister and daughters over to visit  Israel twice!. Russia is in our conversations of course. Israel has 50,000 new immigrants as I write. It’s amazing.

COVID has raised its ugly head in the Lodge where my brother Donovan’s widow Judy lives. Don left us for heavenly climes on Christmas Day 2021. I laid a stone from Israel on his grave; a symbol of The Rock of Israel, the LORD our God. On Father’s Day this year, his pastor used my brother’s life as an example of what a Godly father is. He is greatly missed by all of the family and his church community  Living Stones.

Our Father, Our King, Hear our Voice:

While in the synagogue I heard two Christians discussing that they felt Jews worshipped the Torah. I tried to explain that Messianic Jews see Yeshua – Jesus the Messiah as the embodiment, the literal fulfilment of the Torah. He is the only one who ever kept the Laws and Statutes of God perfectly.  Scripture reading for The Day of Atonement: Leviticus 16:1-34, Numbers 29:7 – 29, Isaiah 57:14-58:14.

“I love reading still small voice! What amazes and blesses me is this: you respond when I write.  Most ministries only send ‘a thank you’ if you donate money, but never respond to personal questions or remarks. Keep up the good work, stay healthy and safe. I pray God will bless you with enough strength and joy to do what He is asking you to do. Looking forward to seeing you.”

“I must apologize for not communicating more. I have taken your Still Small Voice publications for granted, like a bird just waiting for mother to feed it while it sits safely in its nest.   I just assumed this source of wisdom and encouragement would just keep coming. Thank you for all the prayer, thought and concern you share with us. Don’t stop!”

“Numbers 6:24-26! Blessings on your journey across Canada and back home. God is with you wherever you go and will prepare the path before you. Joshua 1:9.  Thank you so much for your short but powerful and effective prayer over me. When you prayed for the ‘monkey to get off of my back’, something powerful shifted and happened. PTL!!’”

“I cannot put your book Miracles Among the Nations down. It is the story of a big LIVING God, a little family who dared to obey and the nations!.”

“Miracles Among the Nations is a book that is going to teach me things I do not know. I have been a believer running a successful  business for 55 years. Thank you!”

I write to you in weariness, overshadowed by His Precious Love;