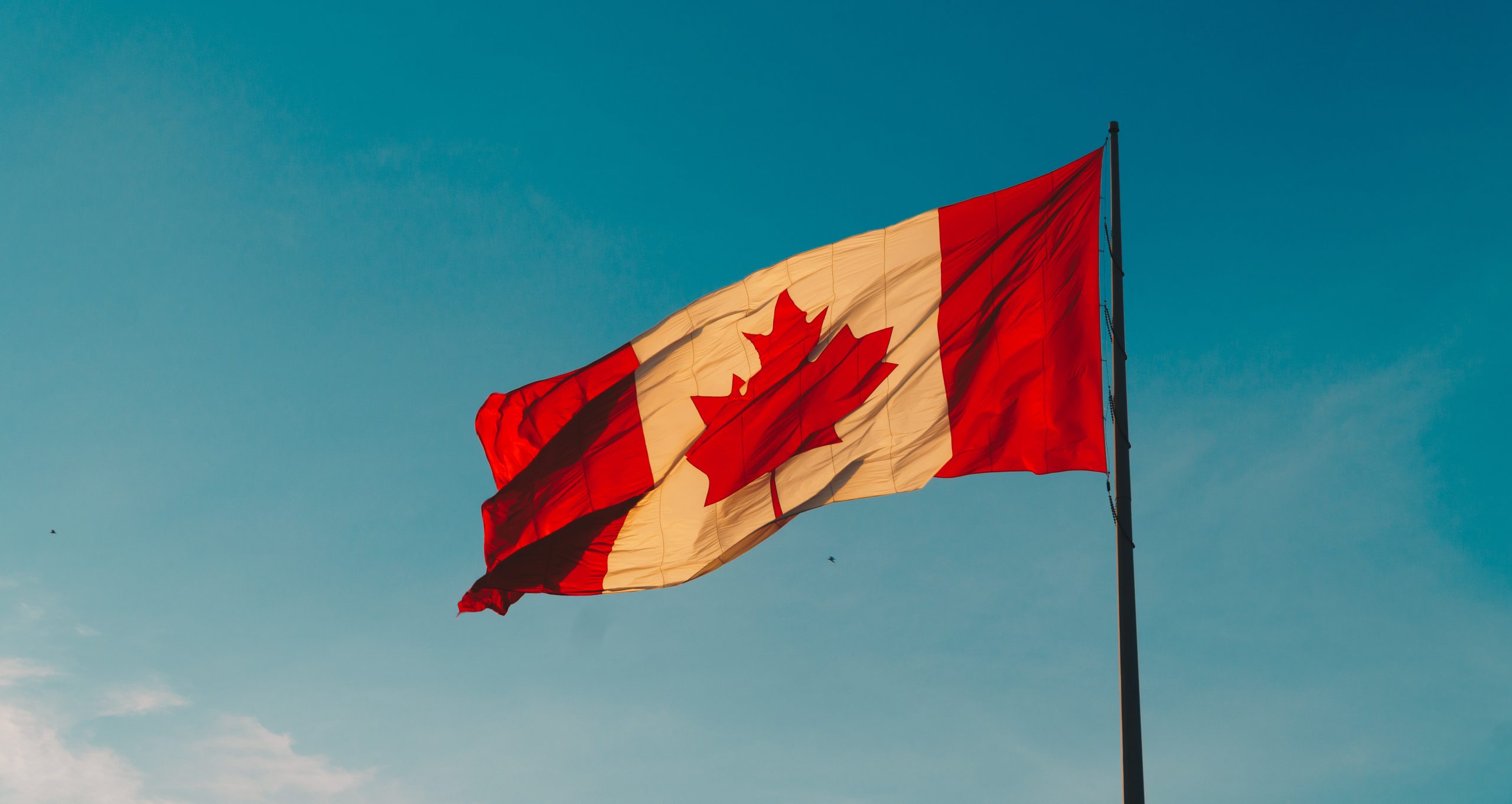 Canada and the Future???

Canada is at a tipping point … Yes, it’s almost more than you want to know. No one knows what is going to happen. On our latest tour, across our great homeland coast to coast, what did we find? It is true; Canadians are modest and careful people.  Most are slow to speak and slow to anger. But Canada has changed dramatically since our last visit in 2019. Persecution is a reality. It begins with warnings, real danger and abuse which we discuss in this issue of Still Small Voice.

Happily, I found the Action4Canada website. Lawyers and other professional Christians courageously defend Canadians’ rights and freedoms. They teach us how not to be afraid but active. action4canada.com.

Dr. James Lunney and his wife Helen treated us to a tour of Ottawa, our capital city. James is a former Federal Member of Parliament. They pointed out the landmarks, including the enormous Chinese Embassy. I learned that Canada’s 17th Chief Justice, the Right Honorable Beverley McLachlin, P.C., C.C. retired in 2017. I found it very interesting that today she sits in Beijing advising the Chinese government. She is an Albertan, born into a Christian family in 1943.

Did you know that Toronto now is host to three Chinese police stations? Yes, this is a fact. They are staffed by policemen from mainland China?

Did you know that the former Penhold Airbase in Central Alberta (I lived on this former NATO base with my family during my high school years.) hosts Chinese soldiers who are “learning to fly”? I am sure you have other observations.

“God’s priority is not so much to answer the  questions His people may have about why they are persecuted but to give them a revelation of Himself.”

1. “The starting point for persecution is clear: an individual or group is identified as a problem by another individual or group. If an example hasn’t already come to mind, here is a single word: evangelical. Toss that one into the ring and most Canadians have a gut reaction, either for or against.

2. The second stage is vilification. This is the word the Supreme Court Canada used as the point of definition for hate speech in its 2013 decision in Saskatchewan (Human Rights Commission). Whatcott: 41.  … Representations vilifying a person, will seek to abuse, denigrate or delegitimize, to render them lawless, dangerous, unworthy or unacceptable in the eyes of the audience. Expression exposing vulnerable groups to detestation and vilification goes far beyond merely discrediting, humiliating or offending the victims.

3. The third stage is marginalization. Once it has been determined that the general characteristic (stereotype) of an individual or group is bad, and they are unworthy of general acceptance (vilification) the next step is to make them unwelcome. Treating others as insignificant and outside the scope of acceptability delegitimizes their participation in societal dialogue.

4. The fourth stage is the one at which official action is required. The individual or group is criminalized for their beliefs or practices. Note that it is not usually the practices alone that are criminalized (some religions and cultural  communities are constrained from criminal actions for the sake of the actions alone, eg. Child mutilation) but practices that occur only because they have a nexus with the relief of the identifiable individual or group (e.g. singing Christian songs in a public gathering.)

5. The fifth stage is outright persecution. This may take place through social hostility, not official sponsors by the state but often sanctioned by the state or political hostility that is endorsed by state officials (e.g. people are beaten by neighbours simply because of their religious beliefs and the state takes no restriction if someone speaks publicly about a minority faith belief.)

Stages four and five are the stages where the risk of death becomes a present reality. Sometimes the stages are reduced to three: discrimination, persecution and martyrdom. However, I think the nuance of the five-stage mode is a better way to measure increases on a spectrum of persecution that is recognizable under Canadian and international law.” End of quote.

The Voice of the Martyrs Canada:

A second opinion comes from the experience of generations of Christians who have paid dearly for their faith and freedom. This ministry works with the global Church in nations where persecution is taking place. They above all people, I believe, do recognize a persecution scale that is explained by using Scripture.

Ridicule:  “But they kept mocking the messengers of God, despising his words and scoffing at his prophets, until the wrath of the LORD rose against  his people, until there was no remedy.”  2 Chronicles 36:16

(I find this very disturbing. Why did it go so badly for the Jews? Was it because of the victim mentality? Not standing up? Aid those who knew the RIGHT way not fight back? What do you think? Is silence golden … Or can it spell doom?

Harassment: “Do not deprive one another, except  perhaps by agreement for a limited time  that you may devote yourselves to prayer but then come together again, so that Satan may not tempt you because of your lack of self-control.” 2 Corinthians 7:5

(I also find this hard to understand. Any ideas?)

Attacks: “The crowd joined in attacking them and the magistrates tore their clothes off of them and gave orders to beat them with rods.” Acts 16:22

Imprisonment: “Do not fear what you are about to suffer. Behold the devil is about to throw some of you into prison, that you may be tested; for ten days you will have tribulation. Be faithful unto death, and I will give you the crown of life.” Rev. 2:10

Torture: “Behold, I am sending you out as sheep in the midst of wolves so be wise as servants and innocent as doves. Beware of men for they will deliver you over to courts and flog you in their synagogues.” Matthew 10:16,17

(Paul certainly was thrown out of synagogues, but that is NOT happening today, the opposite is true. Jews and synagogues are under attack just as much as Christians of many different denominations.

Martyrdom: “I have said all of these things to keep you from falling away.  Indeed the hour is coming when whoever kills you thinks he is offering service to God. And they will do these things because they have not known the Father, nor me. But I have said these things to you that when their hour comes you will remember that I told them to you.” John 16:1-4

Sorry dear friends, yes it is heavy. But it is time to speak openly of these matters?

Our journey to Canada was stupendous. We bless every soul and congregation that we had the privilege of being with. It will take us some time to catch up with our correspondence, as we are now home and in jet lag.

Miracles Among the Nations …

Our latest book went very well. If you would like a copy, let us know and we will alert you when it is available on Amazon and Book Deposit.

“I’ve finished your instructive and spiritually wise book. It raised, goosebumps, brought sadness and smiles. Thank you, merci, gracias, grazie! It was hard to stop reading and lay it down. I slept little until I finished it!” – Victoria B.C.

“Special thanks for being so honest, and not leaving out the chapters describing various difficulties, and even bad behaviour of some leaders. It was quite comforting, and confirmed some of my own observations in different congregations.” – Finland

“I’m really enjoying your book. It’s such an adventure we get to go on, via your accounts. The description of the sights and sounds and even the smells transports the reader so they are right there! Tremendous!  Thank you! “ – Canada

“What an incredible book, I doubt if you would even be allowed to take that overland trip across Asia any more … and with a newborn?” – Canada

Many photos will come in the next letters, along with the joy of our journey. This is one part of the reality we encountered in that great land. Let us all pray and act.

Thank you dear friends for your encouragement.

Please share our book: Miracles, and my Still Small Voice Letter with others.