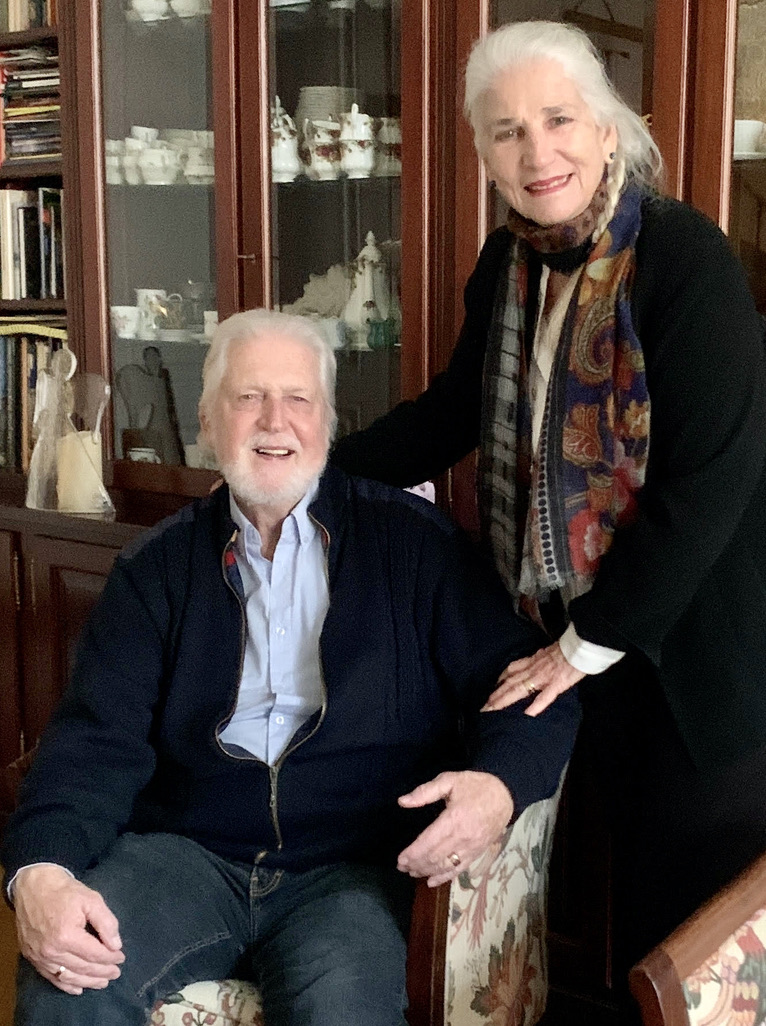 This salutation is how we greet everyone in our local supermarkets, on the streets, on local trains, buses, in the markets and shops. The atmosphere is hectic but joyful. It’s the season of miracles, and anything could happen, even Elijah could turn up at our door. It’s that annual time of frantic cleaning, buying, cooking and preparing for the great ‘seder’ or Passover Feast. It begins on Friday evening, April 15th. Fifty-one years ago I gave birth to our second son James Christian in Hong Kong at this time. His was a glorious entry. I was ‘singing in the Spirit’ during and upon his arrival to the amazement of 8 doctors who came to watch. It was faith in action: no drugs, no pain and a perfect birth!

Just as it was at the beginning of this holiday of deliverance; so it is today. “Why is tonight different from all other nights?” For millennia, this ancient question has been asked by the youngest child at the Passover table.

“How many are coming to your seder?” Daniel asked Ya’akov our postman.

When Jay asked Zion his barber, “Where are you and the family going for the holidays? He replied; “We are not leaving the house, there are terrorists everywhere, it’s far too dangerous!” Unfortunately, he speaks the truth.

War on the Inside:

On the Temple Mount, which is home to the Al Aska golden dome mosque in Jerusalem, thousands of Muslims gather daily. Over blaring loudspeakers they are led in singing, chanting and rejoicing for Allah’s goodness over the slaughter of 14 Israelis in the past few days. Yes, this is tragic for them and for us!

Meanwhile, on the other side of this scale, which weighs madness: is an ultra-orthodox Jewish group scheming how to get their living sacrifice up to the area of the Al Aska in order to perform the ‘perfect sacrifice’. Someone is offering them 800 NIS (New Israeli Shekels) if they are successful in slaughtering and offering up a goat. They understand something of the need for a ‘perfect sacrifice’ all right but are completely misguided in this. See Isaiah 53. Join us in prayer for the revelation of Biblical truth. Any kind of zeal without knowledge and wisdom can be dangerous. We are in the midst of living out the awful reality of both cultures infused by radical belief systems clashing within this tiny land. Pray for the Presence of Messiah’s love to grace the P.A. and Israel this Ramadan, Passover and Easter season.

The reality of thy “Thy Kingdom come, Thy will be done on earth as it is in heaven …” is coming closer with every passing day. In the night I visited with the adult son of an outstanding Rabbi. I just answered his searching questions. Then I visited a very brave but tired woman who leads a global Jewish ministry. She was waiting for me with many questions as well. I was in a third home with a very pregnant mother who was also waiting for me. I hugged her and immediately sensed a debilitating sickness in her body. Of course, I  prayed for her healing. There was a complete acceptance of the messages I brought in these miraculous encounters last night. I was so joyful and privileged upon waking and paused to worship before getting out of bed. I have been praying to move out into new realms of the blessed Holy Spirit without fear. This is all in the realm of the Spirit and is as real as me sitting here and typing at my computer.

In 1971 Jay and I took our first trip into Soviet Russia. Supernaturally I was shown where the worst prisons were located and in the Holy Spirit, visited many known Jewish inmates. Also, the Holy Spirit gave me the Russian language as I rode on the subways. Again TODAY is the day of the supernatural. Believe it!

“Take a lamb or young goat for each household. It is to be slaughtered at twilight on the 14th of Nissan … take some of the blood and put it on the two doorposts and on the lintel of the houses in which they eat it. The blood shall be a sign for you on the houses where you live; when I see the blood I shall pass over you, and no affliction shall happen to you to destroy you when I strike the land of Egypt.”

To me, this is the most essential part of Passover. “When I see the blood I shall pass over you.” Today we pray this prayer as we take Communion daily and give thanks for continued protection. With the ‘great escape’ through the desert and the Red Sea following this, the Hebrew slaves were born into a nation. The LORD God Almighty came down and His voice shook the mountain. Every democracy on earth used to follow the Mosaic code of law in governing their nations. (The ten commandments.) I don’t believe this is true any longer in our world.

A Simple Guide to the Most Misunderstood Country on Earth, published in 2021. It is an informative book you could read during the holidays to get some idea of what Israel is and is not.

The Sea of Galilee is full and will overflow when the snow on Mount Hermon melts. Everywhere the trees and crops are bursting forth into colour and fragrance. The blossoms of plum, cherry, apricot and olive trees are replaced by embryonic fruit. Israel expects a bumper harvest this spring and again in the fall because of the prolonged rainy season.

Mr Putin has placed a man in charge of his military campaign in Ukraine? Here he is known locally as ‘The Butcher of Syria’. During Syria’s Civil War, this man ordered the torture and killing of untold numbers of his own people. Four million Syrians fled. Hundreds of thousands remain locked away and forgotten in prison. Please let us not forget the victims, refugees and imprisoned in and outside of Russia, the Ukraine and Syria. Israel has taken in thousands of Ukrainian Jews and also given thousands of non-Jews work permits for a year and a half.

‘Blood batteries’ are what electric cars are being called by those in the ‘know’. Why? Congo supplies the cobalt needed for the batteries in these cars and children are the slaves who mine this mineral. These children never had the luxury of going to school. Most often they are barefoot, using their own hands to dislodge the rock. It is then hammered into small pieces and put into sacks. Stronger youths carry the sacks to the local markets for quick cheap sales. Children are given 75 cents to $1.00 a day for their life’s blood. It is a modern-day travesty.

The monetary value of children:

The greatest pandemic in the Western world today IS child trafficking. Please friends, buy my book Stain Remover.  Share it. Tell your friends, your church, teachers and others working with children. It is an expose of the infrastructure, the finely spun web of familiar child sexual abuse. It details the road to freedom. It is most important for teachers, pastors, social workers, and anyone working with children in the public arena. One woman wrote that it was pornography. Sadly, this only reveals how IGNORANT she is. Stain Remover is available on Amazon and Book Deposit in the U.K. IF you have read this book, KINDLY send your ‘review’ back to these companies to help boost sales. Help us make a difference and speak into this darkness. See: Matthew 16:19, 18:6.

“Listen to the agony of Asia …”

“… I who am fed who never yet went hungry for want of bread. I see and try to pray?”

Out of Shanghai’s 29 million inhabitants, 13 million were diagnosed with COVID and locked away in special places. However, every normal and healthy citizen is locked down. The entire megacity is in lockdown. People are starving, rioting and looting. The torment of the people of Shanghai can be heard at night from the windows of their high-rise apartments. They are screaming for relief; all prisoners with no escape. Their cries make one think of modern hell. The sound is eerie and very unsettling. Please pray.

Another prisoner has written:

“I am writing to you who are beloved of God … in Rome …” Paul writes. “… for in regard to this sect (Christianity), we are fully aware that it is denounced everywhere.”

So what has changed in our world for Christians, who are no longer a sect? The Body is called to become a global force for change. Our calling is to be salt and light countering the growing darkness by dynamic powerful prayer. Persecution comes with the territory.

Canada is not what it used to be:

Action 4 Canada supplied this timely information. “On Feb. 8, 2022, Pastor Arthur Pawlowski, an evangelical clergyman, was arrested for standing up against unreasonable demands by the police. Why? He opened his church for worship services during endless months of lockdown. He was taken to the Calgary Remand Center in (Alberta Canada) and held in solitary confinement for 7 weeks. Meanwhile, the mosques were open during this time. I was shocked at this fact! The persecution of Canadian pastors has become so serious. Legislators in the Ohio House of Representatives, USA, have introduced a resolution urging the U.S. Commission on International Religious Freedom (USCIRF) to add Canada to its Religious Persecution Watch List. The USCIRF is a focus group dedicated to the identification of worldwide religious persecution. An element of their mandate is to identify governments guilty of persecuting Christian communities. Including countries of particular concern as China, North Korea, Iran, Pakistan and India. An extra ‘special watch list’ includes Afghanistan, Cuba, Egypt, and Indonesia. Pastor Pawlowski is at the top of the long list of persecuted Canadian pastors, and he has not only been fined, arrested and imprisoned but also tortured for his faith. The following list of pastors has been either arrested and/or issued fines. This is by no means a complete list: Pastor Artur Pawlowski, ABPastor David Pawlowski, ABPastor Tim Stephens, ABPastor James Coates, AB    Pastor Aaron Rock, ONPastor Michael Thiessen, ONPastor Henry Hildebrandt, ONPastor Jason Reaume, ONStreet Pastor Michael Ojinma, BC  Pastor Grant, BCPastor Jim, BC Pastor Tobias Thissen, MBPastor Phil, NBAssociate Pastor Cody Butler, NBAccording to Section 176 (1-3) of the Criminal Code, it is an indictable offense to interfere with clergy or obstruct them from performing any function in connection with their calling. However, this has not stopped our tyrannical and spiteful leaders from issuing illegal warrants and fines and arresting pastors, in an effort to stop Christians from gathering.”

In closing; dear friends, how do we pray?

One line in Canada’s national anthem is taken from the Bible: “And His dominion shall be from sea to sea …” Zech 9:10b.

“ But if we hope for what we do not see, we wait eagerly for it with patience and composure. In the same way the Spirit [comes to us and] helps us in our weakness. We do not know what prayer to offer or how to offer it as we should, but the Spirit Himself [knows our need and at the right time] intercedes on our behalf with sighs and groanings too deep for words.”

Believe it dear friends and pray.