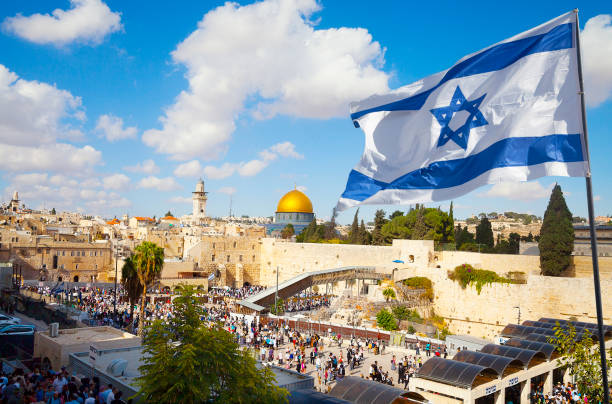 “My help comes from the LORD, the Maker of heaven and earth. Indeed, he who watches over Israel will neither slumber nor sleep. The sun will not harm you by day, nor the moon by night. The LORD will watch over your coming and going both now and forevermore.”

Thank you for your emails in response to my last post. Reaching out to one another helps to melt that awful sense of isolation. Let’s keep it up! Thank you. One thrilling thought to begin with: “Of all Messianic believers in Israel, 90% of them hail from Ukraine! “ From Michael at FIRM.

“The prophet is considered a fool; the man of God who is inspired is treated as if demented…”

Why? Because this is the day of deception.

While all eyes are upon the war in Ukraine, who is paying attention to what is taking place in Syria? Israel is all eyes and ears. Iran is continuously building up an arms supply underground near Damascus. Top Iranian advisors run an underground military facility there. Israel killed two Iranian commanders last week. We do NOT rejoice over our enemies. We are living next to a powder keg. Keep your eyes on Damascus as you pray for the Syrian people and the hundreds of thousands still in military prisons.

“Listen carefully, Damascus will cease to be a city and will become a fallen ruin.”

Israel has begun establishing a regional air defence program in cooperation with a number of Muslim countries in the Middle East and the Persian Gulf to detect and intercept unmanned aerial vehicles and cruise missiles, with one country able to assist the defence of another. Over the weekend, our President visited Turkey, our vice Premier visited Bahrain and our Prime Minister visited the King of Jordan. How true it is, to have good neighbours, one needs good fences!  At exactly the same time AGAIN we see the Palestinian leadership fail their people. Speaking after the recent meeting of the Palestinian National Council (PNC), its Deputy Chairman Ali Faisal clarified that there is a binding Palestinian decision to “renounce… all agreements with Israel.” He added that from the point of view of the Palestinian leadership, “the Palestinians have entered a path of resistance in all its forms” – a term that clearly includes the use of violence and terror. Yes, terror escalates. These are momentous days. Our most amazing news in from World Israel News Staff: On March 7th, for the first time in world history, Israel destroyed two enemy aircraft from Iran with F35 aircraft using air to air missiles. In recent months, Israel has thwarted attempts to launch armed aircraft and drones from Iran, an IDF spokesman revealed. The IDF activity was carried out far from our borders and did not threaten civilians or facilities. The F35 has a radar that can detect both small and slow targets – like the drones – as well as air-to-air missiles that can hit and intercept them, despite their size.

Meanwhile, Israel is receiving Jewish refugees by the thousands and giving work permits to non-Jewish Ukrainians fleeing the war. Israel is preparing to receive 600,000. new immigrants in the next six months. In this tiny land, there is never a dull moment. We all not only feel the pulse of unfolding Biblical history, we live it! Prophecy is unfolding before our very eyes, for those who have eyes to see!

We are keeping a watch for our nation, and I am sure that you are doing the same for yours. Everyone should be on full alert. I know the Finns are, with their 1,200 km. Border with Russia. Oh, we need to pray and encourage one another.

How do we pray for our leaders and our nations?

“For nothing is hidden, except to be revealed; nor has anything been kept secret, but that it will come to light [that is, things are hidden only temporarily until the appropriate time comes for them to be known].

Israel’s winter is severe this year. On Shabbat, it hailed and has been pouring rain for days. We are always glad for the rain and are not complaining. It’s cold for us, as the houses are not built to the standard of Northern lands.  Daniel built a cheery fire in our old Norwegian fisherman’s stove in the family room and that is where we hung out for the Sabbath. In spite of the heavy rains, our few sunny days have brought forth wildflowers, and blossoms on the almond, apple and apricot trees.

I want to thank my grandson Noam for posting my letters. He is a full-time university student and gives me his spare time for which I am very grateful.

This is my prayer alert for this week. I pray that heaven hears your voice.

I close with a hymn to encourage you by Randall Wallace, author of the screenplay for the film “Brave Heart.”